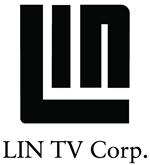 LIN picks up the WTHI 10 television station in Terre Haute along with two other stations from Emmis Communications. That gives LIN a presence in four markets across Indiana.

Unlike Fort Wayne rival Granite Broadcasting, LIN has had a strong financial performance in the past year. Granite is struggling under a huge load of debt.

Emmis is divesting itself of many of its television properties. Of the other transactions announced late today, Gray Television is picking up a station from Emmis. Gray, it was announced earlier this week, is acquiring WNDU-TV in South Bend, Indiana.

Emmis Communication is based in Indianapolis, Indiana. LIN TV Corp. is based in Providence, Rhode Island.

Comments:
I don't think you are being fair Mitch, I mean Granite stock is up to 22 cents today while LIN is up to 13.08

I really think Granite messed up buying WISE 33. I don't think it was such a WISE move. More competition is always better. The new lighting on 21 Alive News..uh I mean Indiana's Newscenter is great, but that's about the only improvement I've seen so far. Fort Wayne TV News is and always has been about 10 to 15 years behind Indianapolis and the rest of the industry.

Tim,
It's all about money. The technology is not behind in the Fort. But stations spend a lot more money in Indy because they make more money.