This is the largest gift IPFW has ever received.

Indiana Parley has known for some time that Larry was providing a substantial gift in order to facilitate the building of an indoor track facility. The indoor track will be part of building project which will combine the Gates Athletic Center with the Walb Union and the Helmke Library.

What was not described in the general media stories regarding this track is that it is intended to be a national class track. That is, the track will provide for arena seating and other amenities which would allow Fort Wayne to be competitive as a host for top indoor track meets.

This isn't like a football stadium or basketball arena where there would exist many, many facilities in the same class. No, this is something in which IPFW would be in the same class as just a handful of other places.

And Larry Lee is in a class by himself.

Governor Mitch Daniels has announced that Fort Wayne's Patricia Miller will be leaving as head of the Indiana Commerce Department. She is the co-founder of Vera Bradley Designs and will be returing to Fort Wayne and her leadership role within the company.

Vera Bradley is undergoing a multi-million dollar expansion and construction of a new headquarters and manufacturing facility at I-69 and the Lafayette Center Road interchange.

The Governor announced the selection of Patricia Miller to be head of a yet-to-formed Department of Commerce at the same time as he announced his choice of State Senator Becky Skillman as his choice for Lieutenant Governor. He referred in his campaign to both women being his running mates.

Photo of Becky Skillman, Mitch Daniels and Patricia Miller taken at the headquarters of Vera Bradley Designs in 2004

This is not a good idea.

The Indianapolis Star is reporting today that Indiana State University of Terre Haute is thinking about adding a law school to its array of top-flight professional and graduate programs.

The Sycamores beat Indiana University at basketball. That's given them all sorts of ideas.

Additionally, Valparaiso University and the University of Notre Dame both operate long-established and well-regarded law schools.

Why would Indiana State University want to establish a law school?

Indiana Parley would suggest that the reason is that, compared to establishing other professional programs, creating a law school is cheap.

Relatively cheap, mind you. A school needs to establish a library and it needs to hire staff. Other than that, you need to have lecture space. You don't need to equip laboratories; you don't need to equip students. The per student cost of educating a lawyer is pretty darn inexpensive compared to training a physician, a dentist or a veterinarian.

That is, there isn't a real market signal to produce more lawyers. Certainly there is no crying need for more lawyers to be milled at a publicly supported university. 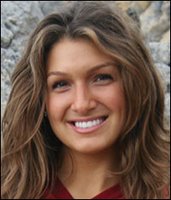 Fort Wayne Observed founder Nathan Gotsch has been busy reporting on the stellar season of the USC football team at From the Sidelines, a weblog he is producing in conjunction with Alexis Jones.

He has reported that ESPN Sports had picked up an exclusive item he and Ms. Jones had reported regarding Luke Walton begin escorted off the field of the USC game.

There is further mention of the Jones/Gotsch USC blog with the Walton story at the Deadspin website.

Of all the celebrities who showed up at the USC-UCLA game last weekend, it must have been easy to miss Luke Walton, Lakers bit player and son of Big Bill Walton. But not for long. As reported by USC’s From The Sidelines blog, the younger Walton was booted off the sidelines last weekend for not having an appropriate visitor pass. And we really mean booted: He was escorted off the field by policemen (who, apparently, weren’t busy guarding Stephen A. Smith). From The Sidelines has all kinds of pics from the incident; apparently some USC students inadvertently alerted security to his presence.

We feel bad for Mr. Walton, not just because he was kicked out, but because, upon leaving, fans chanted “Go Clippers!” at him. Now that’s just being mean.

He was first elected in 1996. Adams had been a Muncie firefighter and a community service liaison for the AFL-CIO. He was a member of the Ways & Means Committee in the House.

He is survived by his wife, Shawn; two daughters, Michelle and Denae; and two sons: Mark and Derek.

His death occurred one day after that of Adams' House colleague, State Representative James L. Bottorff (D-Jeffersonville), age 61, who died of cancer at a hospital in Louisville, Kentucky.

Rep. Bottorff, 61, was first elected in 1990. He was a member of the House Agriculture and Rural Development, Natural Resources, and the Utilities and Energy Committees.

He is survived by his wife, Carlene, and two sons, Christopher and Robert.

Indiana Parley is back from the South. Please accept our apologies for a break of content while attending a conference in Florida.

Speaking of Florida, Indiana Parley is not quite sure what Indy Star columnist Dan Carpenter would make of the story about Fidel Castro's suggestion that Florida Governor Jeb Bush could stand to get a little exercise.

'Forgive me for using the term `fat little brother' '' Castro said. ``It is not a criticism, rather a suggestion that he do some exercises and go on a diet, don't you think? I'm doing this for the gentleman's health.''

Carpenter suggested in a column in November that somehow the exhortations from capitalist running dogs Mitch Daniels and Bart Peterson for Indiana and Indianapolis citizens to adopt healthier eating and exercise standards were blaming the poor. It was another example of "The Man" oppressing the powerless. We didn't get Mr. Carpenter's idea that Messrs. Daniels and Peterson had set out to shame the poor and blame the poor for being fat. That's not to say it wasn't in the pattern of Carpenter columns. It was.

The idea that the complexities of improving the health of those in poverty are more than can be met by a fitness initiative is an idea we understand. We think the Governor and Mayor do, too.

It is to Fidel Castro that one has to look for an example of where a suggestion to get fit is really meant as an insult.

When the Chicago Tribune wanted the Windy City on Eastern Time

The debate regarding the question of whether South Bend will be on Chicago time or New York time could all be settled if Chicago were on Eastern Time.

At one time the Chicago Tribune was engaged in trying to get Chicago to be in the eastern time zone. Business rivalry and presidential politics were all in the mix.

This was the Chicago of competing dailies. The biggest were the morning Chicago Tribune, commanded by 'Colonel' Robert R. McCormick and the afternoon Daily News, headed by 'Colonel' Frank Knox. Knox was the 1936 Republican Vice-Presidential candidate on the ticket headed by Alf Landon. Knox was later to serve as Secretary of the Navy for Franklin Roosevelt during WW II.

The story, from Richard Norton Smith's biography "The Colonel - The Life and Legend of Robert R. McCormick:"

[T]he Morning Colonel and the Evening Colonel, as Chicagoans referred to McCormick and Knox, were engaged in a skirmish testing each man's clout. Beginning in October 1935, the Tribune pressed local officials to extend summer daylight saving time to a year-round basis, in effect placing Chicago in the eastern time zone and thereby depriving the Daily News of an hour's advantage in publishing news from Wall Street. According to Lloyd Wendt, in his authoritative 1979 history of the Tribune, a deal was arranged whereby McCormick would acquiesce in a GOP ticket with Knox's name on it and the voters of Chicago could decide for themselves their preferred time zone. Although the Morning Colonel had Mayor Kelly in his pocket, the Kelly organization failed to deliver, and McCormick's crusade ended ignominiously. 1